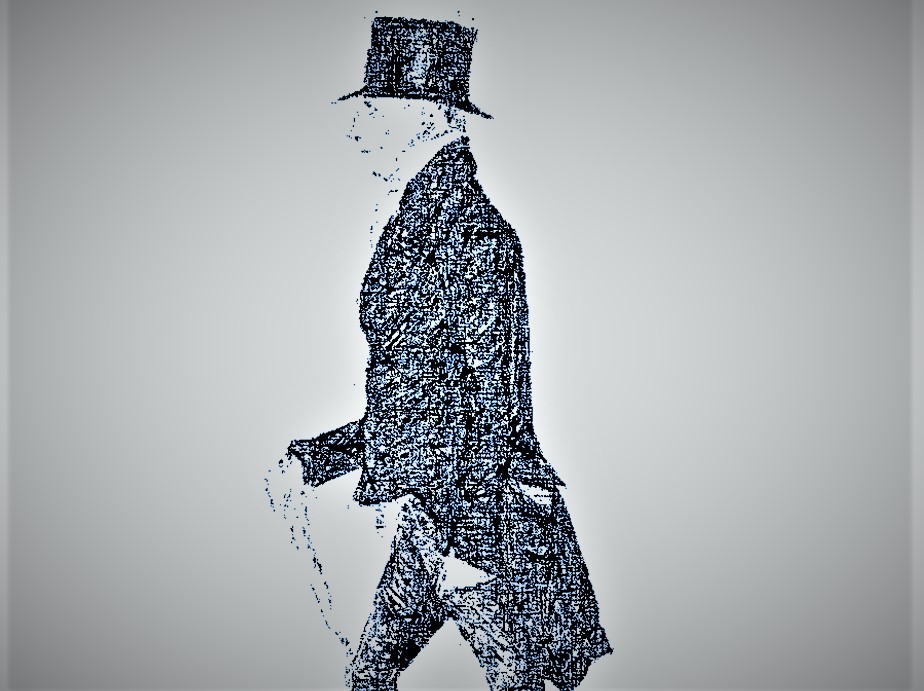 This is the second section of Chapter IX of the serialisation, the wording reproduced exactly as it appeared in the Stirling Sentinel, on Tuesday 9th April 1889.

The Lord Advocate (Sir William Rae) in opening the case for the Crown, devoted the first part of his speech to an explanation of the charges in the indictment, and then proceeded to relate the facts he was prepared to prove by evidence. He connected the Prisoner at the bar with the Treasonable Address, because he was seen reading it near his mother’s house, by Mr James Hardie and magnified his encounter with that officious J.P. into a defiance of the majesty of the law.

We have seen that Hardie had nothing whatever to do with the composition of the Address; he was, in fact as innocent of it as the child unborn. His lordship gave a very fair narrative of the events of the 5th April which culminated in the conflict between the Radicals and the military. His description of the affair as a gross and treacherous outrage” represented the official opinion of what Lord Cockburn calls “the Government exaggeration.” He stated that along with the prisoners captured by the cavalry, there were taken five muskets, two pistols, sixteen pikes, one hayfork, one shaft, and a bag of ammunition containing a quantity of ball cartridges.

The conclusion of the Lord Advocate’s address was as follows: – Gentlemen, having stated these things to you, I apprehend that without any commentary, you will be completely satisfied that this case, if proved – because that remains yet to be done – does amount to an act of levying war against the King, for which I am entitled to ask a verdict at your hands against the prisoner. That there was a levying of war no man can doubt; the troops were attacked, and though the party failed, it matters not; if we were to judge in such a question, by the adequacy of the means, it is impossible to say in what case treason could be proved. Everyone must be satisfied that no means that could have been raised at that time could have been adequate to such an end. If the whole inhabitants at Glasgow, and the four surrounding counties had all risen to a man, my opinion is that the true valour and loyalty to Scotland is such that every one of them would have instantly been put down, and the ringleaders brought to punishment for the offence. I say that no means that could be devised would have adequate to accomplish the end; but you are not to enquire into these particulars – you will look to the views and interest of the individuals. These persons had a most mistaken view of their means, but that cannot benefit them in the present case.

They believed the whole country was in arms; they went out under the conviction of victory, and that their means were sufficient; and they attacked the troops under the belief that they were in condition to accomplish the object they had in view. I therefore submit to your sound judgment that there was a levying of war, and that intent was that one connected with the overthrow of the Government of the country, and of no private nature. If a different shall be stated, it will be for the other side to prove it, and for them to show for what purpose these persons came twenty miles in the night, and then engaged with a party of cavalry they never saw before. That the real object in view was the public purpose I have stated to you, I believe and trust I shall be able to prove, not only by the acts of these persons, but by their own acknowledgements.

For there will be exhibited in evidence a declaration of that individual himself; not one declaration indeed, but three successive declaration, taken before three successive magistrates, and in one and all of which he acknowledges that he was in arms, that he resisted the King’s troops, and that his object in so doing, was to overturn the Government of the country. He thus excludes himself from the only plea that could possibly now avail him. With these observations, gentlemen, I leave this case in your hands. If I have erred in stating anything wrong in point of law, it will be rectified by those who are alone competent to direct you on this occasion. It is neither my statement or that of my learned friend, that ought to influence you; you will look at this case, painful as it is, and do your duty.

The defence will be maintained by my learned friend with the splendid talent which he possesses and you will hear from the bench all the law that the Supreme Courts of this country can furnish. You will weigh coolly and deliberately the evidence to be laid before you, and return that verdict which the evidence will warrant; and whether it is a verdict of acquittal, or of condemnation, as I am confident it will be satisfactory to the country, so it will be perfectly satisfactory to me, who in bringing this case fully and fairly before an intelligent and impartial jury, have done all, and nothing more, than my duty required.

The first witness called was John Rennie, cattle dealer, Smithyhill, Kilsyth, a private in the Kilsyth troop of Yeomanry, who deponed to the encounter with the Radicals in Bonnymuir and to the presence of Hardie among them. Hardie, he said, had a pike, but he could not say whether he was active in using it. Baird had a pistol, Witness’ horse was wounded by a slug.

James Hardie, J.P. Glasgow, deponed to the circumstance, already related to his seeing the prisoner reading the Treasonable Address at a watchman’s box, on Sunday 2nd April. Witness pressed through the crowd for the purpose of taking the address down, but was prevented by the witness and four or five others. Hardie seized him and threw him off the pavement – hustled him off the stones would be a better expression. After he was thrown off the pavement he said it was a most improper address to remain there, and insisted on taking it down, and told them he was a magistrate. The prisoner at the bar said “Where is your authority?” and witness told him there must be plenty of people in the crowd who knew he was a magistrate. Hardie replied that before he would permit him to take down the paper, he would part with the last drop of his blood. This was after a second attempt the witness made to get near the watchman’s box. The streets in Glasgow were crowded on the Monday with working people walking in military array, and this state of things continued the whole of the week. Cross-examined by Mr Jeffrey, witness stated that the squabble about the watch-box only lasted two or three minutes.

John Stirling, surgeon, Glasgow, corroborated Mr Hardie’s evidence, and said that he saw the prisoner on the following Monday and Tuesday at several places in the town, talking to a number of idle people.

Hugh M’Pherson, clerk, Glasgow, said he was looking out of his window in Duke Street, and saw Mr Hardie pushed off the pavement by the prisoner. There were from a dozen and a-half to two dozen people at the sentry box.

Archibald Buchanan, change-keeper, Castlecary Bridge, deponed to the Radicals coming to his house at half-past six o’clock on the first Wednesday of April, and ordering a dozen of porter and a dozen twopenny loaves, for which John Baird paid 7s 6d. Witness made out a receipt which was dictated to him by Baird. He did not recognise any of the party except Baird. There were in his house for about half-an-hour. He did not go to the door with them, but went to the window and saw that the party did not re-cross the bridge.

Alexander Robertson, farmer, Damhead, Falkirk, deponed to seeing the skirmish at Bonnymuir. He said it did not last long – in the course of about a minute the Radicals were dispersed and ran along the muir. One wounded person was carried to witness’ house and escaped during the night.

James Russell, Longcroft, Denny, remembered a party of men coming to his house on the 5th April between seven and nine o’clock in the morning. He did not hear of their coming till he was informed by some bairns that were about the door. They came in and told him that the Radicals, as they called them, were at the end of the house, and as he had two guns in the house, he ran and hid one of them, and before he returned from hiding it one of the men had a grip of the other one, which was hanging in the kitchen. Witness said the gun was his property, and it was unlawful for the man to take it, and he said he would give a receipt for it. Two chests of arms having been produced the witness picked out his gun.

James Murray, armourer, and John Benson, ordinance store keeper, Stirling Castle, deponed to the arms taken at Bonnymuir being brought to the Castle and put into chests which were sealed and placed in the room below the staircase of the ordnance store.