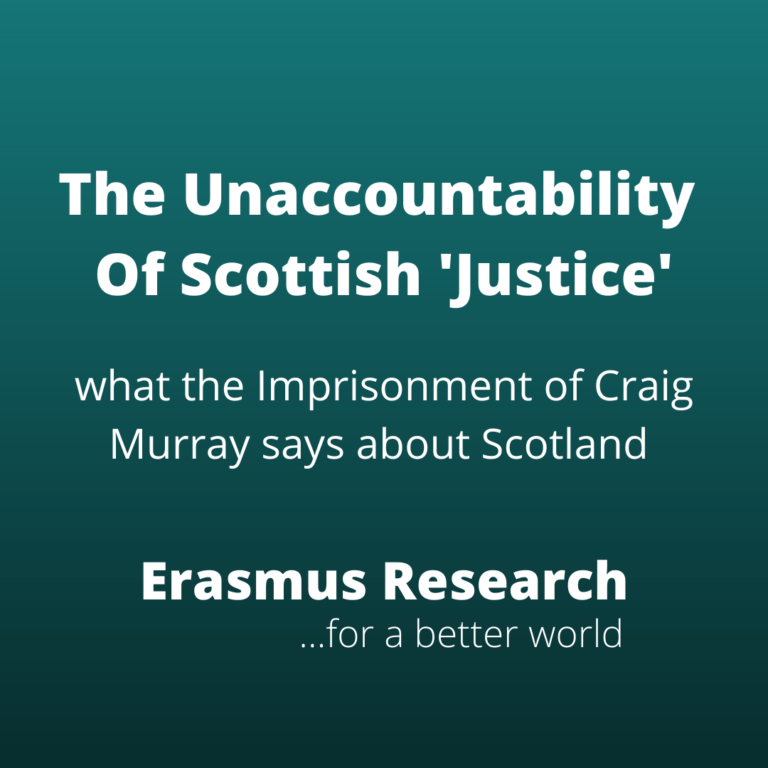 Tomorrow, Tuesday the 30th November 2021, Craig Murray will be released from HMP Edinburgh, having served four months of an eight-month prison sentence imposed earlier this year. The remaining four months will be served in the community under licence. Mr Murray, journalist and former British diplomat, was imprisoned after being found guilty of contempt of […]